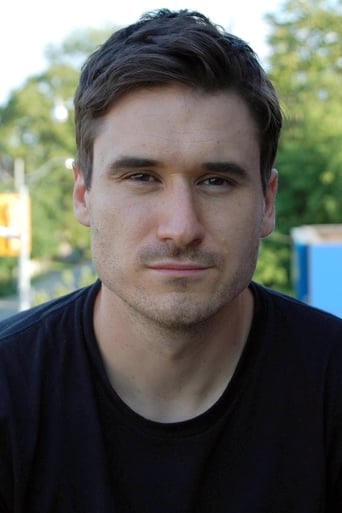 Kazik Radwanski is a Canadian director and screenwriter. He is known for his low budget independent films, including How Heavy This Hammer (2015), which has screened at festivals around the world. His early short films have been cited as part of the New Canadian Cinema movement. Before transitioning into feature films with his directorial debut Tower (2012), Radwanski wrote and directed several award-winning short films, including Assault (2007), Princess Margaret Blvd. (2008), Out in That Deep Blue Sea (2009), and Green Crayons (2010), all of which screened at film festivals around the world, most notably in Edinburgh, Melbourne, and Berlin. Radwanski's first feature Tower made its world premiere at the 2012 Locarno Film Festival,[9] followed by its North American premiere at the 2012 Toronto International Film Festival. It had a long festival run screening at many festivals, including the Viennale, the New Directors/New Films Festival hosted by Film Society of Lincoln Center, and the Museum of Modern Art. The film was met with critical acclaim upon its release; Mark Peranson, editor of Cinema Scope Magazine, named it “One of the year’s most jarring and accomplished debuts” The Wall Street Journal proclaimed it as "thoroughly compelling, juxtaposing idiosyncratic camerawork with raw insight into the sort of person everyone knows" Eric Kohn of IndieWire described the protagonist as "an awkward loner made mesmerizing" and Scott Foundas for the Village Voice described it as "a Sisyphus for the Asperger’s era". NOW Magazine named Tower one of the Top 25 Toronto Films of all time. From Wikipedia, the free encyclopedia