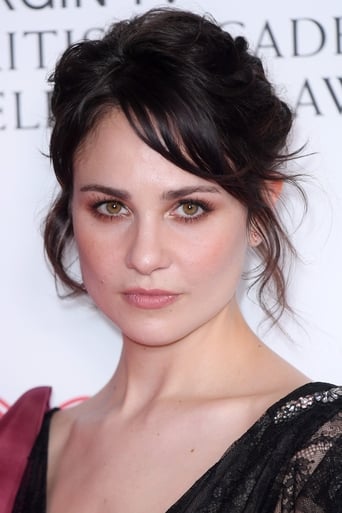 Tuppence Middleton was born on 21 February 1987 in Bristol, England to Nigel and Tina Middleton. She was named "Tuppence" after her mother's childhood nickname given to her by her mother. She was raised in Clevedon in Somerset, with younger brother Josh, and older sister Angel. From an early age Tuppence was involved in school plays in Clevedon, including Guys and Dolls in which she played the lead role. She also appeared in local drama productions, including a pantomime at Clevedon's Princes Hall with her sister. Tuppence was educated at Bristol Grammar School before studying acting at the Arts Educational School in Chiswick, London, from which she received an honours degree in acting. Middleton gained a following for her appearance in the 2009 British horror/comedy Tormented. Her character, head girl Justine Fielding, dates one of the most popular boys in school, only to find that he and his friends were responsible for a classmate's death. She has also appeared in adverts for the chewing gum Extra and Sky TV. In 2010 she starred in Samuel Abrahams's short film Connect which was nominated for a BAFTA for Best Short Film at the 64th British Academy Film Awards. In 2011, she played the character Tanya Greene in the British sitcom Friday Night Dinner, and Sarah in Sirens. In 2012 she appeared in Cleanskin, a terrorist thriller starring Sean Bean, Charlotte Rampling, James Fox, Michelle Ryan andAbhin Galeya. In March 2013 she made her professional theatre debut in The Living Room. She also played a minor role in the Danny Boyle film Trance.